“It’s kind of fun to do the impossible”

KNOWLEDGE HAS LIMITS . IMAGINATION KNOWS NONE

Infinite Wisdom Studios is an independent production company. Our goal is simple:
“tell great stories that people need to see”.

First and foremost we’re storytellers and storytelling is by far the oldest form of entertainment. Founded by UK producer Michael Ford, Infinite Wisdom is focused on the development and production of engaging and immersive stories for film and television, VR and the “MultiMetaverse”.

“We’re not just looking to tell one type of story. A great story is a great story
whoever the audience, whatever the platform. We want to find those stories
that audiences big or small can’t wait to share”

Whether it’s a gripping thriller, a fear-inducing horror or a YA drama, we want to hook the viewer and leave them wanting more.

Infinite Wisdom Studios is currently developing a slate of exciting scripted projects including a limited drama series for Paramount; an original horror feature inspired by Real Events; a cult video game adaptation; and immersive tales for VR with the support of Creative UK’s New Ideas Fund.

Launched 15 Years ago, Infinite Wisdom Studios scooped a Royal Television Society Award for ‘Best Fictional Short Drama’ for our coming of age tale ‘Caterpillar’, directed by and starring Deaf creative talent, and we have since sought to develop and produce commercial fiction with international scope and an inclusive approach to talent and production.

Our feature film releases include the docufiction thriller ‘BASE’, in partnership with Vertigo Films (makers of Brit-hits such as Gareth Edwards’ Monsters, Bronson and StreetDance), together with co-financing children’s hit ‘Pudsey the Dog: The Movie’. Starring the winners of Britain’s Got Talent, ‘Pudsey’ became a Top 20 UK Independent Film of the Year at the UK Box Office and was produced by Vertigo Films and Simon Cowell’s SYCO Entertainment. 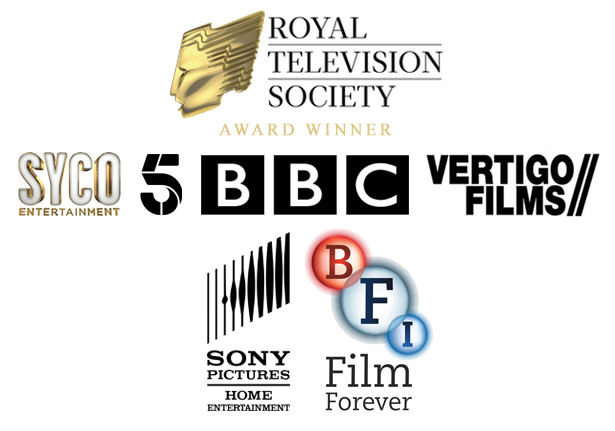 ::  We VALUE the power of storytelling in everything we do

::  We VALUE ideas and we VALUE opinions

::  We VALUE being different

::  We VALUE the potential to set trends and lead. To do things OUR way

::  We VALUE tradition BUT also VALUE the potential of an unconventional approach

ARE YOU AN INVESTOR? ARE YOU INTERESTED OR CURIOUS ABOUT FILM? WHY NOT SAY HELLO?